This page provides images displaying the similarities between the faceplate/bezel of the following drives:

There are a variety of OEM drives that shipped with various models of the IBM 770 series laptops, but from what I have seen, only the Matsushita SR-8171-L has a caddy (outer shell) that fits other current standard 12.5mm CDRW drives simply by removing 6 screws and replacing the original drive with the new one.

I was interested in not only finding a new CDRW/DVD drive that would fit in that caddy, but also finding one that would allow me to use the same "bezel" or "faceplate" as the original 770 drive. This matching of the bezel does not serve any functional purpose, but it helps preserve the aesthetics of the laptop exterior.

The UJDA-750 I received came with a "dummy" bezel. In the following photo, you can see that the original bezel that I took off the Matsushita SR-8171-L drive looks like it has a similar configuration of the eject button, activity light, and emergency eject hole: 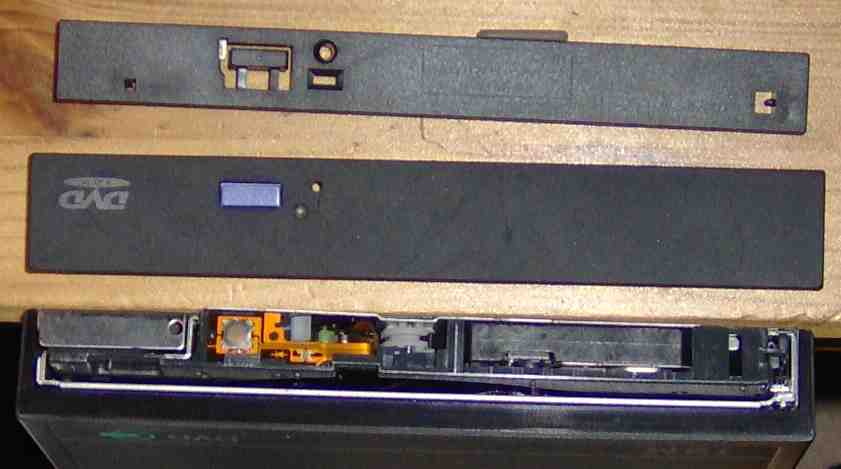 Here is a view of the 770 bezel directly in front of the new UJDA-750 drive, showing where the three screws hold the bezel in place:

You can attach the old 770 bezel to the new drive without difficulties. Surprisingly, both the Emergency Eject hole and the light both work correctly, even though the new bezel does not have these two items in precisely the same place. However, although the various knobs and clips line up perfectly, only two of the three screws line up with their holes properly. Here is a close-up view showing where the third screw should go: 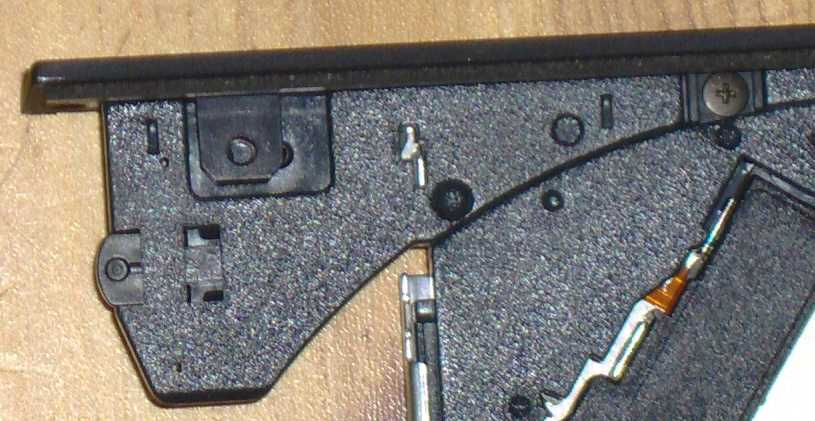 I used an X-ACTO knife to trim a tiny bump off the new CDRW drive and then to create a new hole to line up with the old 770 bezel hole: 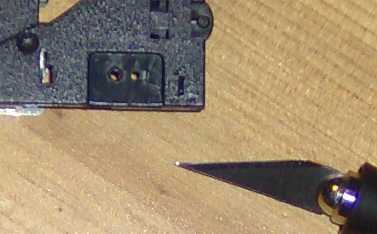 And then I simply screwed the bezel on using the original screw:

When everything was completed, the new UJDA-750 CDRW/DVD drive appears identical to the original crappy Matsushita drive, and it lines up flush with the outside of the laptop, just like any other UltraBay II device:

I decided to try out the UJDA-7** series because Panasonic/Matsushita are the same company now, and because of the apparent similarities between the faceplates based on an examination of photos found on the web, including this page, which offers to sell faceplates/bezels for a variety of drives, including the UJDA 710-760: Sell Bezel (Faceplates) [from Alibaba.com]